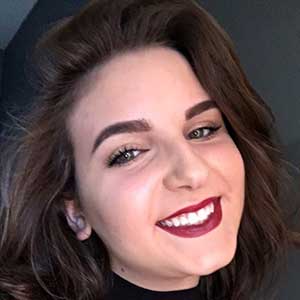 After completing the Succeed On Purpose Discovery Program, Philadelphia college student Devon D’Andrea believes every high school student should take the course. As she explains, “When I was in prep school everything was so focused on getting into college, not necessarily finding the right major. Going into the program I was afraid I’d find out I’m not on the right path, in the right college or studying the right area. These are big questions a lot of people in college are asking these days.”

The program validated that she was on the right path in pursuing a career as a psychiatrist and helped her see how this career had much deeper meaning. “It was like I found my identity, which was really powerful for me. However, I am a chronic sufferer of trying to find the answer (or solve a problem), instead of finding the path. Through the program, I learned that it’s better to take baby steps and find the path, which has already helped me in many situations that have culminated in my life.”

Toward the end of the Discovery Program, Devon also learned how to set intentions for herself. So, she set intentions oriented toward how she wants to be valued wherever she works and fulfill her purpose to Empower Change.

“I can start working on those intentions of feeling valued now as a college student and in the future as a doctor. It’s really powerful that you can have those intentions and start working toward your goals now, instead of putting them on the back burner. The program really gives you an alignment of mind, body and spirit toward what you want out of your career,” Devon says.

"I needed to focus on what I am passionate about, because that is where I can add the most value."