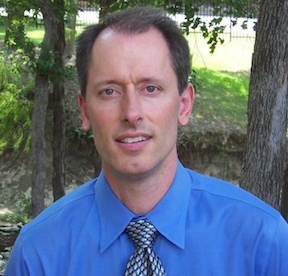 The word “unleash” resonated with Rob Britten while writing his purpose statement during the Career Transformation Program. He quickly realized that, in terms of his career, he wasn’t in a place where his purpose was being fulfilled.

This discovery impacted his approach to job searching. He decided to focus on the perfect fit and not just another job. Rob recognized that his efforts needed to now be focused on understanding his passion and allowing that to be the driver for his next career choice. In the workshop, he also learned his Career Persona, "builder-solver," and that helped him to understand the kind of companies he should be targeting.

After the workshop, Britten said that utilizing what he learned about the Meaningful Impact Model (f.k.a. Career Diamond) helped him to organize and articulate his gifts, strengths and passions and pull them together in a compelling way, in conjunction with his purpose. This helped to increase his confidence level and he became more passionate and excited in attitude. He spent less time behind the computer and more time focusing on networking and landing a career position that “lit him up.”

It was important to Rob to be a part of a company that had a culture he felt really connected to. He loves technology, especially new technology and learning, but even more than that he is passionate about people and teams. When he sat down with interviewers they could sense his passion and excitement when he articulated this powerful combination. He even left interviewers with a memorable idea that he is bilingual—he speaks technology and human. It must have resonated with the interviewers because within two days he had two offers.

This gave him the opportunity to sit and make a decision. Rob chose to accept a role as the IT Infrastructure Manager, Enterprise Systems Administration. This role fits perfectly with his purpose and persona because he is a leader of the team that handles the IT infrastructure for BenefitMall. Rob encourages job seekers to, “Understand who they are, where they fit, articulate it effectively and then go after it.”

"Thanks to Succeed On Purpose, my company now strengthens over a dozen nonprofits each month. Collectively these organizations reach over 250,000 people around the world."

Laura found a way to focus on her life outside of work, while growing her business.

"I learned how to get my business to a more heart-centered place of authenticity.”

Karen, a single mom, embraced the process of transformation and focused on her true passion

"The Discovery Program and Pure Confidence Program set me on fire! I was given the permission to be who I am."