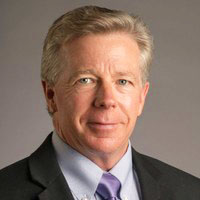 Robert set his sights on his dream job and landed it

Today, Dr. Robert Murphy is the Chief Engineer at SADAR 3D, Inc. in St. Louis, Missouri. Dr. Murphy attended The Find Your Purpose Program in January 2013 as a job seeker, and then continued on to the Career Transformation Program just a short time later. He describes feeling “alive again” as he now works on his purpose to “Ignite Innovation.”

Dr. Murphy realized through the workshops that employers are not nearly as interested in what you have done in the past as they are in what you can do for them in the future. Armed with this new strategy, he set his sights on the job he wanted, re-built his LinkedIn profile summary around his persona as a builder-solver, and connected with as many recruiters as he could on LinkedIn.

Just a few weeks after re-branding his profile, a recruiter contacted him with his dream job. Dr. Murphy knew without a doubt that he was the best candidate for the job at SADAR 3D, Inc. and the opportunity was so perfect that he focused on the position he wanted and everything else fell into place.

According to Robert, one of the key tactics he used was focusing on the statistics of where jobs are located for specific types of companies. Focus on smaller companies; do not waste time with job boards, those positions are usually already filled. Dr. Murphy now believes that finding your purpose and identifying your persona are critical to being truly successful.