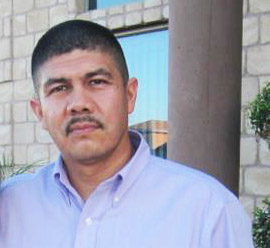 In April of 2014, Tino Contreras decided he was tired of waiting around for his business to grow. Tino is the founder and owner of Ideal Resurfacing, a bathroom and countertop resurfacing and restoration firm based out of Grand Prairie, Texas.

Tino was introduced to Succeed On Purpose and decided to take the leap and request one-on-one business coaching sessions with Terri Maxwell. These insightful and customized coaching sessions opened new realms of knowledge for Tino and provided him with the tools he needed to make a significant positive impact on his business.

Since he began his coaching sessions with Succeed On Purpose, Tino’s business has begun to thrive. He credits his business success to concepts he was coached on, such as authentic marketing, funnel management, and referral planning, good customer relations and the importance of cultivating lasting relationships with his clients.

Tino’s business earned $76,750 in 2014, $118,159 in 2015 and $166,735 in 2016. After his business began to grow, he was then able to venture into expanding his business by adding new services. Formerly, he was playing small by sticking to residential jobs, but in 2017, due to the knowledge and guidance he gained from business coaching with Terri, he landed a $30,000 job with Marriott. This deal has further sparked Tino’s drive and ambition to achieve even more success within his business.

Tino has since requested additional coaching with Succeed On Purpose, so that we may continue to help him grow and scale his business.

“The program really gives you an alignment of mind, body and spirit.”