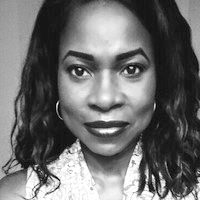 Karen, a single mom, embraced the process of transformation and focused on her true passion

Karen Markle worked for a Medicare Advantage HMO for 10 years in a satellite office in California. Life events such as marriage, children, military service and divorce had prevented her from pursuing her initial dream of becoming a doctor and completing her MBA. Finally, she achieved one of these goals and completed her MBA, but she soon realized this was simply a stepping stone in her life journey. She was unhappy in her current job and knew that it was not what she was meant to be doing.

In 2016, as a single parent of five, she took a leap of faith and made the brave choice to leave California with her children and relocate to Texas. Even though she didn’t have a job or a home lined up, she somehow knew she made the right decision. She admits it was fear that held her back in life up until this point.

Within a month of arriving in Texas, she had landed a job in marketing and became a first-time homeowner. She had never worked in marketing and it wasn’t her dream job, but it was a job. “I had just moved to Texas, didn’t know anyone, bought a house, and took the first job that came along. Months went by, and God kept telling me, ‘You need to leave this job.’”

Then in January 2017, she attended a networking event where she met Terri Maxwell, the event’s guest speaker. “What bit of her story she shared, pierced my heart. Meeting her was a God encounter,” Karen says. Not long after, Karen was let go from her job. This was the moment she became ready for more, and she reached out to Terri to mentor her. “Although I found myself without a job, it felt like so much weight had been taken off my shoulders. I loved the people I worked with, but I wasn’t happy.”

Always on the quest for more, Karen participated in Succeed On Purpose’s Discovery Program and the Pure Confidence Program. Karen says the courses clarified a path for her to speed up the process of transformation. “I was ready,” she says, “You have to embrace the process. The tools mean nothing if you are unwilling to make the change.” As a child, Karen had visions of becoming a doctor but life got in the way. Through the programs, Karen discovered her true life purpose, which is to restore value. “I realized I wasn’t supposed to be a medical doctor. I am supposed to bring healing in other ways.”

Karen is now focused on writing (her true passion) and facilitating guided senior autobiographies. “I have always been the type of person who speaks from the heart. I want to be uplifting to people and tell them what they need to hear. I AM healing people through my writing workshop.”

Karen says she will continue to use the skills she learned in the programs to better herself. “This is still new to me. The Discovery Program and the Pure Confidence Program set me on fire! By participating in these two programs, I was given the permission to be who I am. I still struggle with doubts, but I’ve made the mind shift change. I know who I am now. This is me,” Karen says.

"Thanks to Succeed On Purpose, my company now strengthens over a dozen nonprofits each month. Collectively these organizations reach over 250,000 people around the world."

Terri's business classes are the best Reesa has ever taken.

"Terri skillfully teaches resilience and persistence in the face of monumental obstacles.”