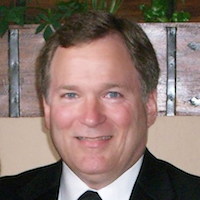 Keith Evans discovered his purpose at a Career Transformation Program and found a new position living his purpose every day as the Customer Service Manager at Train Dynamic Systems, a Division of New York Air Brake.

Discovering his purpose to “Encourage Transformation” was crucial to Keith’s job search when he was asked for a two-page written interview. He was able to craft a message in writing that showed more enthusiasm and passion than previous attempts. The passion he was able to express set him apart from the crowd and landed him a face-to-face interview.

Keith also discovered his Solver-Builder Career Persona at the workshop. This helped him to realize who he was as a worker and what type of environments he would flourish in. It also helped him focus his search on a target market, which opened up more specific opportunities for him that would match his purpose.

Keith realized during the face-to-face interview that the job was truly suited to him, when discussion arose about issues concerning where the company was going and how they would be developing and transforming roles. He was able to express his genuine passion in those areas, which empowered him to be bolder about expressing his purpose, gifts and strengths.

After the interview, everything moved very quickly, and Keith was even able to negotiate price points.

"The Purpose Workshop helped me gain confidence in my direction and purpose. I found my Succeed On Purpose experience to be liberating."

Elizabeth increased her business's revenue by 261%.

"It’s simple: commit, follow the method and the answers become obvious and the results inevitable.”